With organisations still seeing the fallout from the dreaded KB5000802 BSOD Issue that i covered in this article I will explain how you can import out-of-band updates into WSUS to deploy to PC’s in your organisation.

Microsoft have released an out of band update (KB5001567) to remediate the effects of the KB500802 Update which can be downloaded here.

The issue is Microsoft have made this available to download and install from the update catalogue, direct from Windows Update, but not made it available to deploy via Windows Server Update Services.

To import this hotfix, log into your deployment server and open up WSUS. 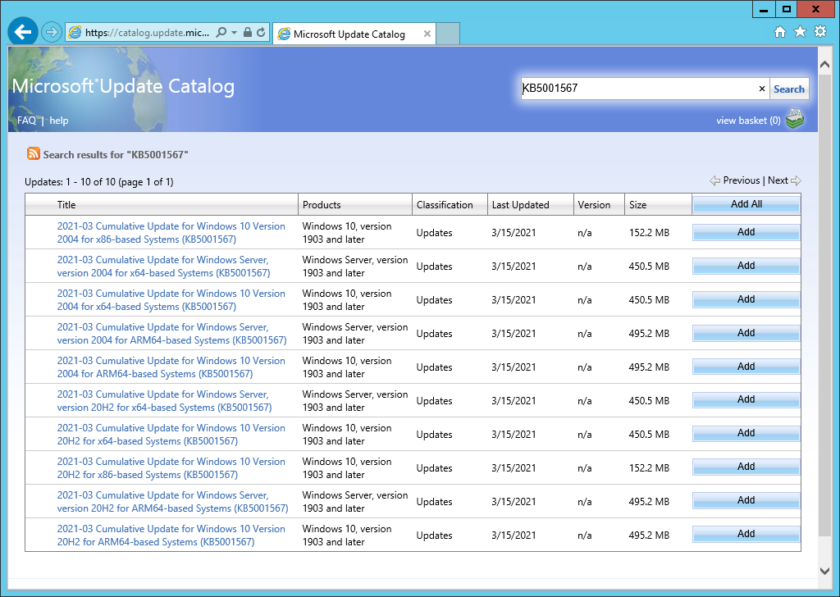 Once added, go to your basket and import the updates

You may receive error 80131509 like I did, after a bit of research i found this is to do with .NET Framework and the Update Catalogue.

To fix this issue, open up CMD and run the following command

Reboot your server and try the above steps again.

Once complete you should now see the Hotfix in WSUS, you can verify this by searching for the KB Number

You can now deploy this via WSUS, if you use SCCM/MECM synchronise with WSUS and the update should now be available to deploy.

How to install and setup LAPS on a Windows Domain